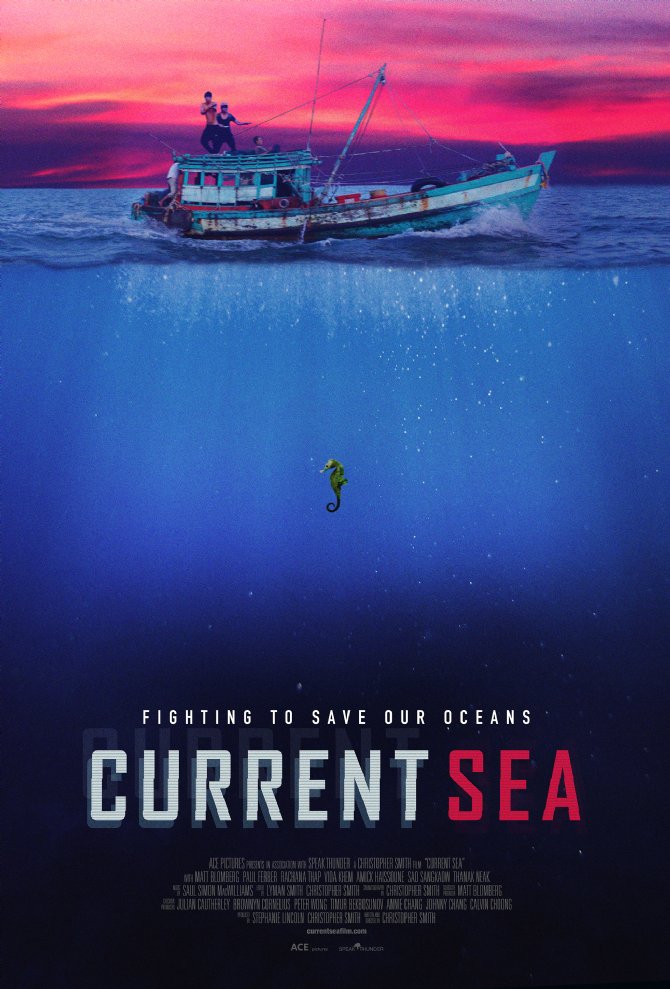 Language: English and Khmer with Some English subtitles

Current Sea is an award winning, environmental thriller that follows investigative journalist, Matt Blomberg, and ocean activist, Paul Ferber, in their dangerous efforts to create a marine conservation area and combat the relentless tide of illegal fishing in cambodia. Along the way a new generation of Cambodian environmentalists are inspired to create a better life for their people. At the moment, people all around the world feel disempowered and unable to stop the relentless attacks on the environment. Yet this film features several people who stepped up and did it anyway. It inspires the audience to do what they can, wherever they may be. It reminds us all that action is a necessary component of change, and that through such action, even just a handful of people can positively affect the world.

As Current Sea shows, Paul and Matt’s methods are not entirely without controversy. Their story includes gray areas that challenge the audience to think critically about the ethics of activism and weigh that against the need to make meaningful progress. It shows that, in developing countries, environmental issues are social issues, and that the lack of resources and strong institutions, things that we take for granted in the West, exacerbate already difficult problems.

An Lanntair Arts Centre, Isle of Lewis: Friday the 23rd of July at 2pm.