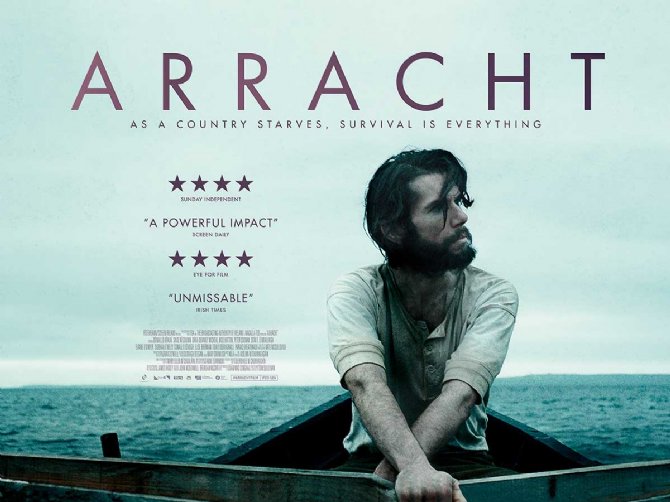 Country of Origin: Republic of Ireland

Ireland, 1845 on the eve of The Great Hunger. Colmán Sharkey, a fisherman, a father, a husband, takes in a stranger at the behest of a local priest. Patsy, a former soldier in the Napoleonic wars arrives just ahead of 'the blight,' a disease that eventually wipes out the country's potato crop, contributing to the death and displacement of millions. As the crops rot in the fields, Colmán, his brother and Patsy travel to the English Landlord's house to request a stay on rent increases that Colmán predicts will destroy his community. His request falls deaf ears and Patsy's subsequent actions set Colmán on a path that will take him to the edge of survival, and sanity. It is only upon encountering an abandoned young girl that Colmán's resolve is lifted. Just in time for the darkness of his past to pay another visit.

An Lanntair Arts Centre, Isle of Lewis: Friday the 23rd of July at 5pm.

Kinloch Community Hub, Isle of Lewis: Thursday the 22nd of July at 7:30pm.